Get fresh music recommendations delivered to your inbox every Friday.

The Way We Are Created 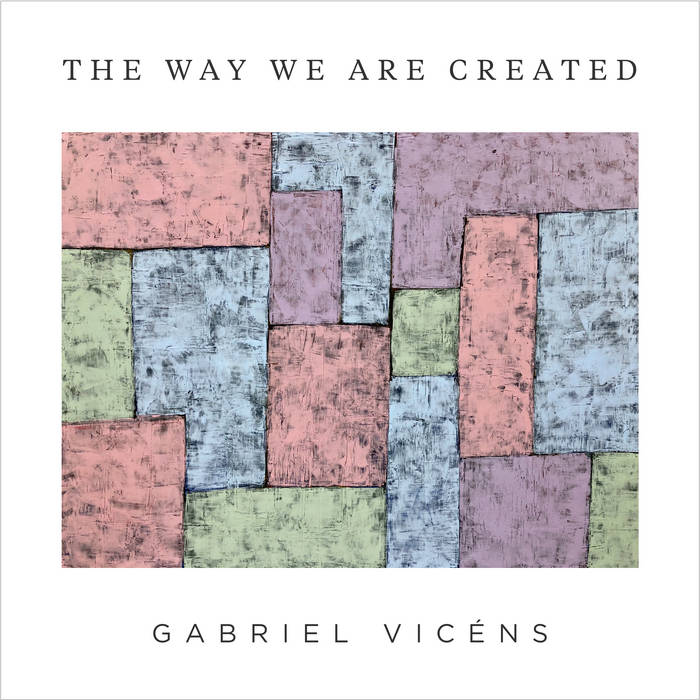 mlin8 A delightful album full of chill yet groovy jazz and my favourite for relaxing with a cup of herbal tea in the late evening. ❤️ A must-have for any modern jazz fan! Favorite track: The Way We Are Created.

Jochi Dávila-71 Associates Gabriel Vicéns is a True Gifted & Devoted Musician. Creative & Out of the Box Guitar Player and Composer. Humble but with an inner Fire that is very evident. We are pleased to be able to help and collaborate in this great project. “The way we are Created” is Salsox. #slhj

elanahedrych I love this whole album. The energy and groove are infectious. You can't help but dance and sing along with the melodies. I also love the cover painting. Favorite track: The Mystery of S.T..

ogungbemi Longtime fan with all of his records in my collection. This one is a treat.

"The meticulously constructed compositions benefit from canny arrangements utilising all the instruments in a perfectly balanced formation of tonality and harmonic colour."
- Roger Farbey, Jazz Journal ★★★★

"Blessed with strong, original compositions and a high level of performance, its own unique flavour makes it a very enjoyable listen."
- Mikes Gates, UK Vibe ★★★★

"A joyous jazz guitar album, where leaping songs are lit up by silvery melodic leads."
- Bandcamp (New and Notable)

“We are all born to be creative, he says, and The Way We Are Created is a strong argument in favor.”
- Mark Sullivan, All About Jazz ★★★★

Gabriel Vicéns blends contemporary jazz and Puerto Rican rhythms in his new album, “The Way We Are Created.”

The guitarist expands his musical expression by combining bomba and plena rhythms from his native Puerto Rico with his unique brand of jazz.

“The Way We Are Created,” the third album from the brilliant New York City-based musician Gabriel Vicéns, offers a detailed picture of his multiple talents. It portrays the evolution of his own voice, not only as a guitarist but as a composer and conceptualist as well.

Vicéns has previously released two widely acclaimed albums, “Point In Time” and “Days.” He has blossomed into his signature sound on “The Way We Are Created;” a delicate sound that conveys robust, cleanly-articulated ideas, with solos that add depth to his melodic and thematic compositions.

The album becomes a part of the Inner Circle Music canon, a label established by influential saxophonist Greg Osby, which “provides a forum for some of the next generation’s most provocative composers and stylists.” Also behind the release of the album is the Puerto Rican non-profit organization 71 Associates, which was created by Jochi Dávila to help experimental musicians.

Vicéns’ music has arrived at a complex but sentimental soundscape, as this set of compositions live within the world of bomba and plena, which are folkloric Puerto Rican styles. This album enjoys a natural, organic blend of Jazz with fiery, propulsive rhythms, in his own original compositional style.​ ​The Afro-Puerto Rican percussion instruments barril de bomba and panderos de plena intertwine beautifully within the harmonic and melodic complexity of jazz, while Vicéns’ compositions utilize nostalgic yet challenging Afro-Carribean rhythms.

Thus, the album is an array of bold themes brimming with personality, including “It Doesn't Matter,” “The Upcoming,” and “A City of Many Mysteries,” which employ yubá, sicá, and rulé rhythms from the bomba tradition. “To The Unknown” is an energetic plena, and one of the many pieces on the record that stirs up your mind as well as your feet.

“This project is the result of my own investigation into the worlds of these traditions,” says Vicéns, a distinguished graduate from Conservatorio de Música de Puerto Rico (BM) and Queens College (MM), currently pursuing his Doctorate in Guitar Performance in New York. “When I begin a composition, I first establish a rhythmic foundation which comes from Afro-Puerto Rican folkloric traditions, and then I build the composition from that underlying structure. The music you’ll hear on this record is authentic to my roots and comes directly from my life.”

The Way We Are Created” was co-produced by star Puerto Rican saxophonist Miguel Zenón, and confirms Vicéns’ gifts as a skilled bandleader. Several of the finest New York musicians give life to these compositions with Román Filiú on alto sax, Glenn Zaleski on piano, Rick Rosato on bass, E.J. Strickland on drums, and Víctor Pablo on percussion. Their solos shine with a cool, fluid mastery throughout the whole work. Three short interludes work as breathers while reinforcing the album’s coherence as a whole.

“Being able to release this album in the midst of the COVID-19 pandemic has been an incredible and challenging experience for me,” explains Vicéns. “There were moments I asked myself if this was the right time, but I arrived at the idea that art is a relieving outlet for people, can build community, and can comfort pain. I feel good about it.”

“The Way We Are Created,”​ i​s an homage to the power of all artistic expressions, including painting. Vicéns is also an accomplished painter, and the cover of the album is a recent work of his. While discussing the thought process behind the album title, Vicéns says that “When I complete a work, sometimes it seems personified. It’s almost like the composition speaks in the first person, and is their own being. If compositions could speak for themselves, maybe they could explain to us how they were created.”

To the listener, it’s a testimony to Gabriel Vicéns’ constant evolution as a musical thinker and leader, able to show new paths of expression for others to follow. Above all, “The Way We Are Created” is a great listen for jazz aficionados, and bomba and plena lovers alike. “When I came up with this title, it had two meanings. It’s a reflection on the way that all living beings are created to be naturally inventive and imaginative. It is a tribute to how we are all born to be creative.”

Acclaimed as "a thoughtful improviser with a quiet tone who makes every note count" by Downbeat Magazine and as "an exceptional artist, with a shimmering sense of sonority and the ability to find a keen balance between poetry and intensity" by Latin Jazz Network, Gabriel Vicéns is a NYC-based, Puerto Rican-born guitarist and composer who works across a wide range of musical expressions. ... more

Bandcamp Daily  your guide to the world of Bandcamp

Semiratruth joins the show to discuss their latest release, "loading..".